In September 2020, the director of Vinland saga tweeted some drawings of the show’s main characters. The goal was to discover ‘Easter eggs’ hidden in the three drawings. On the bottom left of each of the drawings, there were unique symbols that represented the hidden announcement ‘Vinland saga season 2’ if translated into English words. While on the left and right sides of the characters, huge Japanese calligraphy denoted Thorfinn complaining about being made to wait; something like, ‘How long should we wait to which Canute replies, ‘It’s soon, I guess’. Meanwhile, the director added a disclaimer that the Easter egg had no deep meaning and this act was an indirect announcement of Vinland saga season 2. Take a look at the picture

Another time, in March 2021, the character designer ‘Abiru Takahiko’ of Vinland saga season 2 hinted in his tweet that he is currently working on important projects and one that he has yet to work on as well. It was the set of the farm that was left uncovered in the first season and this time it is expected that it will be covered in Vinland saga season 2. 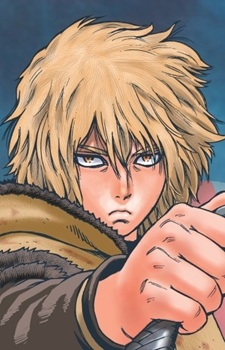 Thorfinn is the son of the remarkable Jomsvikings warrior Thors, who gets his strong leadership abilities from his mother Helga however, his death leaves Thorfinn as a strong child and ready to avenge his father’s death when he was attacked by Askeladd. In the hopes of fighting for a single cause, Thorfinn joins a band only having to find out that he was battling against everyone in the end because it was a trick.  His specialty is dual-wielding two knives as well as throwing them with extra durability. In Vinland saga season 2, Thorfinn will be exemplified as the future role model for all warriors to be.

He is the main villain of the Vinland saga who tricks Thorfinn into becoming a member of a band of Vikings while he is a cunning and mysterious Viking himself involved in anything other than helping Thorfinn. The band secretly follows his commands and works against Thorfinn behind his back. Even in Vinland saga season 2, he will be able to manipulate others into his tricks and turn enemies into allies. 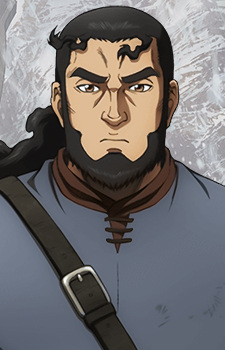 Thors is a Jomsvikings general and is the father of Thorfinn. He has extraordinary leadership skills and fighting tactics through which he can earn ‘The troll of Jom’. In season 1, Thors gives up on his warrior status and settles as a pacifist farmer, unknown to the world until the Jomsvikings discover him alive and begs him to join the battlefield again. However, Thors is betrayed by his former comrade Floki, who hires a cunning mercenary, Askeladd, to assassinate Thors. It is then that Thorfinn decides to avenge his father’s death and continues to fight the battle in Vinland saga season 2 as well.

As much as he looks like a royal girl, Canute is the youngest son of Sweyn Forkbeard, king of Denmark and England. He is the second main protagonist, a faithful Christian who earns a good place at the Viking band and joins the battle in the second half of the show and appears to others as weak but in reality, he really is a good fighter behind Thorfinn’s back and fights several battles in the hiding.  In Vinland saga season 2, Canute’s role will again be one of the important ones.

Thorkell is an extremely tall player and the former captain of Jomsvikings. This giant man loves fighting against his fellow Vikings band members to develop a sense of challenges. He also has a special relationship with Thorfinn’s father Thors and gets fond of his son in a way after practicing duels with him often which he usually wins over Thorfinn.

The axes that Thorkell uses in battle are probably his most valuable assets, but his greatest strength may be his immense physical strength. He threw a spear with such force during a skirmish with Askeladd’s band that despite being several hundred feet away, three men were hit with it.

For now, this is all that’s collected yet, if there’s more to share, you’ll be updated about Vinland saga season 2 very soon.

What is the release date for Vinland saga season 2 episode 1?

It’s not sure for now but according to the recent updates, it should be out by late 2021.

Where can I watch the Vinland saga season 2 trailer?

Here’s the link to its trailer:

Yes it is. The Twin Engine has confirmed its release.